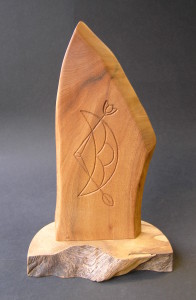 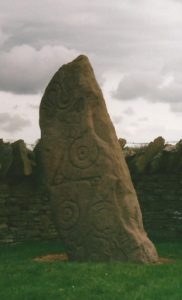 2014 is the 800th anniversary of the Battle of Bannockburn, a significant event in Scottish history, which inspired my carving 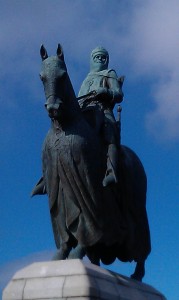 Statue of Robert the Bruce, at Bannockburn

I was interested to find out if any of my ancestors had played a part in the battle, or the Wars of Independence in general. I started some simple research into my surname, Fyffe, which I already knew to be a part of Clan MacDuff.

In medieval times the head of Clan MacDuff was also the Earl of Fife. He was of ancient Celtic lineage with noble rights and duties, one of which was the honour of crowning the King of Scotland.

Duncan (III) MacDuff, the 11th Earl of Fife, was one of William Wallaces four leaders at the Battle of Falkirk in 1298. He was killed in the battle.

Duncan (IV) , the 12th Earl of Fife, was still a minor in 1314 and a prisoner under the tutelage of Edward I of England. Therefore he took no part in the Battle of Bannockburn. His two brothers , however, fought on. His sister, Isabella, crowned Robert the Bruce King of Scotland.

In November 1314 Duncan (IV) was released and immediately affirmed his allegiance to King Robert the Bruce.  In 1320 Duncan (IV) was first in the list of signatories of the Declaration of Arbroath.  I also discovered that the shield of Clan MacDuff and the Earl of Fife was a red lion rampant, on a gold background, similar to the ‘Scottish Royal Standard’ but without the red lined border.

A personal commemoration – a carving

A plan was beginning to form in my mind as to how I could make  a personal commemoration of the Battle of Bannockburn.

By chance we were driving from Perth to Dunfermline via Oakley, on the Balgonar road into Saline. I  visited Scottish Wood for materials for a project I was working on.  It was a clear sunny day and from the hill road we could see Stirling and the Wallace Monument in the distance.  I thought of the Men of Fife making their way to battle and remembered my plan. 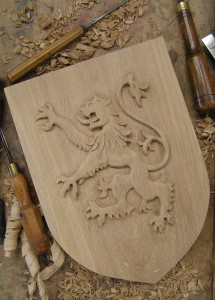 At the timber yard I bought some oak boards for carving.  The oak was sourced very nearby and also nearby was  the ruin of MacDuff Castle, burned down by Edward I in 1306.

I decided my carving was to be the shield of Clan MacDuff and the old Earls of Fife.  How perfect for it to be carved from oak sourced near to MacDuff Castle, in Fife, by a modern member of Clan MacDuff.  I hope the ancestors smile and look kindly on my efforts. They fought and died for Independence. We only have to vote for it. 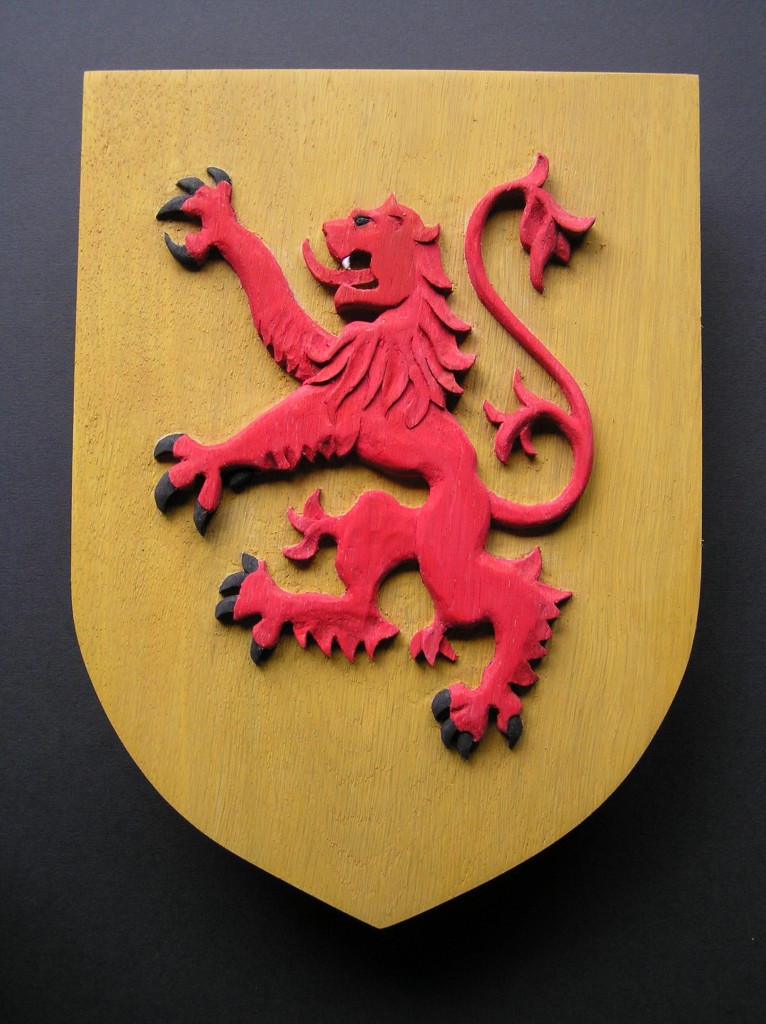 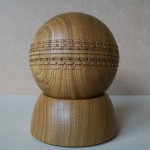 A recent commission was a decorative cricket ball and base.  It involved both wood turning and carving. Turning for the shape of the ball and the base, and carving the detail on the ball – 6 rows of stitching!  It is a copy of a 1937 match ball. This one is turned from Laburnum although Oak or a fruitwood would also work well.  It was made for a private client but I have put the image into the Trophies Gallery as it could be an excellent trophy or award for a cricket team or individual player.