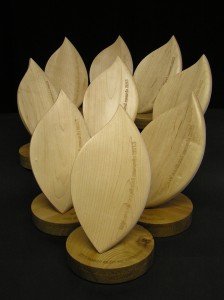 The Nature of Scotland Awards 2013

After all the hard work of the many conservation project teams nominated for the trophies, the ceremony for the Nature of Scotland Awards 2013 finally took place. The winners were announced  on 30th October  at the Sheraton Hotel, Edinburgh.  My involvement had been to design and make the actual trophies.

The brief had been to use sustainably sourced local timber. I chose to use Scottish elm and sycamore. The trophy  recipients details were all engraved directly onto the wood bases. The titles of the  award categories and the sponsors names were also engraved. The wood was then given an oil and lacquer finish, which felt good to the touch and was durable.

We were invited to the presentation ceremony where we had a lovely evening. It was great to finally see and meet some of the nominees whose names were engraved on the trophies, together with the RSPB team and volunteers, who had commissioned my work.      A more detailed report on the event and winners can be found here. 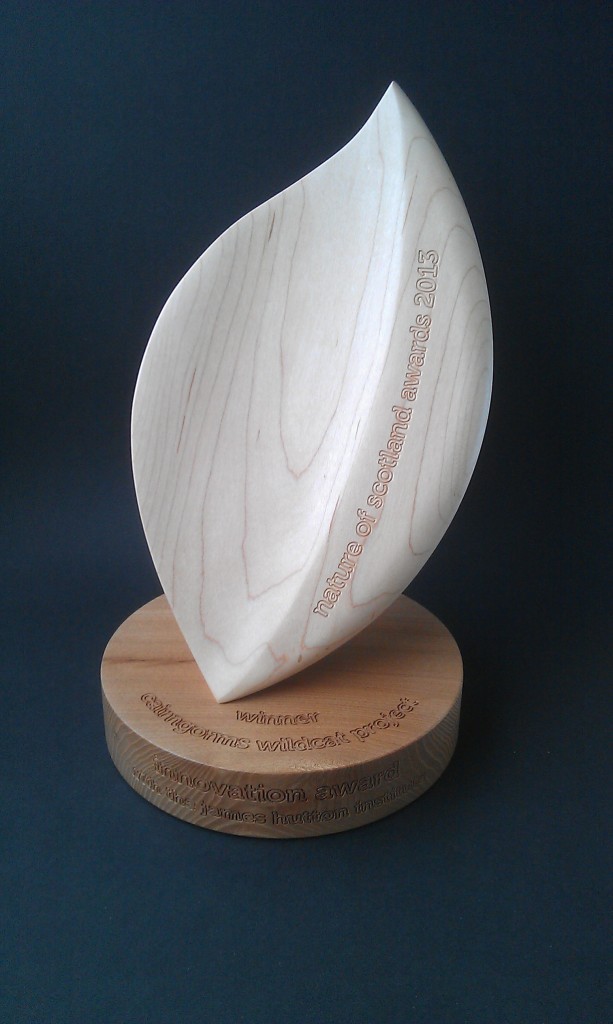 RSPB Scotland released news of The Nature of Scotland Awards 2013 yesterday. I am very happy to have been asked to design and make the awards, and will update this post soon. The awards ceremony takes place on 30th October at the Sheraton Grand Hotel in Edinburgh. In the meantime the RSPB Press Release tells the story.